Even salt water becomes scentless after so many runs along the seawall. And this cold January day in 1922 seems to offer no surprises. Just another frostbit morning. The sky is a uniform blue-gray set in the texture of low-pile velvet, within which ghosts could camouflage in the slightest sheen of white. At the horizon, the navy sea meets a light line of tangerine. With every fall of my feet in my dawn sprint, the road on my right, the water on my left, arctic blasts of seacoast air slap my cheeks.

My fingertips no longer exist, so I check to see that I am indeed still clutching the white bag with the once hot popover I purchased only ten minutes ago. As I do every morning, I'll set the minor feast at the head of a sleeping man. I do not know who he is. I do not know where he came from. He sleeps in a cave in the granite wall along the beach: a space carved out by some mad Nor'Easter years ago. 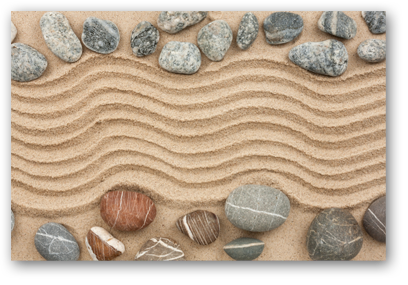 I come upon the familiar scene where the road curves away from an inlet and the granite wall appears. I slide off the hemline of gravel to enter sand. Lethargic waves bubble in nonchalance to my left, too apathetic to crash on this frozen day. Ahead my man's wool blanket tumbles from his tiny cave, along with one of his booted feet. The mound of him heaves up and down with his snoring; he appears a woolen grizzly, sloppily hibernating, half in home, half out. Three crabs hustle away from the tips of my toes, but don't startle me. I am tame to their presence, having come here every morning for months.

I stall. Oddly, an object sits on top of the granite wall. I hop to the top, bending my body like a clumsy ninja to land, and toddle closer. Before crouching to read a note affixed to the object, I look up and around to ensure some fool is not hiding in a pricker bush, playing a joke on the village's sad mechanic. As always, no one else is outside at this hour. As always, I frown at the hotel-sized, brick mansion that hovers as overlord to this beach. The man who built it last year for only himself, wanders around, childless, wifeless, in that unnecessarily huge estate; today, he snarls at me from an upper window, snapping his Portsmouth Herald and pivoting sideways so as not to catch my glare. I can't help but judge him and his gargantuan home, whose imposing brick facade scowls upon the lonely man on the beach, who has nothing. Him up there with his paper, warm and with so much, and yet I with my one-room cottage am the one to leave Beach Man food in the morning. What's more, rumors, dire rumors, continue to spin about Mansion Man.

The object at my feet is a framed license, propped to lean against a stack of stones. "Dr. Milhouse Elligrand," the parchment claims, is licensed to practice "Cardiology." Prescription Rx paper is tied with twine to a corner: "All I had left...," it says.

I look to Beach Man, still sleeping in the granite cave. He hasn't budged. He's not slipping out to find if I've discovered what must be his license and his note. I may be a mere grease-stained mechanic, but you don't have to be a learned psychiatrist to diagnose that this man is reaching out! To me! Wants to finally explain himself, to me! So many in this wealthy village hold sympathy for him, wondering why he stays here, alone, on the beach. He is gentle with big, blue, wet eyes like a sheepdog--a kind phantom among us with no known past, who most everyone wishes to help, except save the man up there in his brick fortress. And yet, despite the overwhelming empathy, or at least shows of empathy from resident Charity-Proud Madams, Beach Man has remained a solo soul. Just another vagrant.

I set the popover on a driftwood log by the mouth of his cave and jog on, thinking on how tomorrow I'll clatter him awake by crushing oyster shells with a rock by his sleeping head.

The next morning is like yesterday never ended, for I am again met by a cold, gray day, but this time with a lowered fog, like steam from 10,000 kettles has gathered over the beach. On the granite wall is another object and another note. A brass urn. And yes, inside, ashes. The Rx note says, "when she died..."

In his brick monstrosity, I see Mansion Man pacing back and forth, passing several windows in a high room, turning and passing again. His hands are twisted together behind him and bouncing on his tailbone; his chin is to his collar. Not once does he look down upon me this morning, nor snap his paper in my face. I fight back an urge to crumble and break down in tears. I will not, I will not, NO. This is about the man sleeping on the beach, I remind myself.

Beach Man snores away as always. He must leave me these items before falling asleep, I think. Or, he is fake-sleeping, baiting me into some later conversation. I cannot force a conversation today, cannot crush oyster shells to wake him. After setting this morning's breakfast, a lemon tart, on the driftwood, I jog on, pounding the gravel faster than I've gone in many months. I simply have to leave some things behind.

The next morning, the air has thawed. What has been a gray haze is now a clear, crisp planet blue, and a distinct ball of sun announces hope of warmth. The waves are louder today, seemingly energetic at breaking free from the polar spell we've been under.

Ahead is yet another object on the granite wall. Not until I am holding it in my hands can I decipher what exactly he's left. It is wooden with different compartments, fantastically painted: a model of a heart. A red chamber, an orange chamber, a gray part, a black part. There are white strings, which I guess are veins, I don't know. How would I know? Give me an engine block and I'll extract every bolt and hose in one minute. But a heart, no clue. 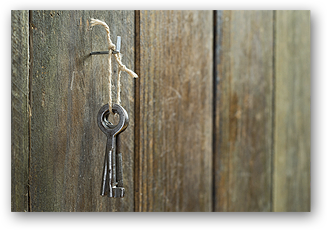 The Rx note says, "was this broken heart." My knees weaken to read these words. I understand my poor Beach Man. I too lost a wife not so long ago, seven months, three days, and eleven minutes, in fact. My eyes flood to remember how every morning she'd wipe her bacon-stained fingers on her flowered apron and then smooch me while pressing a canister of coffee, for my workday, to my chest. My heart is a cave now. Full of holes. Littered with snapped veins, coiled arteries. I am crying on the beach.

There is a second note today, and it is attached to a white bag. Exactly like the white bags of food I leave my Beach Man. This second note says, "Thanks for listening. And teaching me something. Now, who brings you pastries?"

Beach Man is not in his cave today. Instead, up ahead, is a canvas tent. I'm not sure where he could have gotten such a thing.

I tilt my head to the Mansion Man. One of the one million windows is open; he stands in the casing, seemingly a thousand feet above me. His hands are in his pockets. Like an all-knowing grandpa, he nods to me. I suddenly recall the rumors when he moved in. A flood of gossip meets my mind. They'd come to pick up, drop off, their clunking Hatfield's and Touring cars, the townsfolk, telling me how the Old Man who "built the hotel house beyond Wallis Sands" went by a pseudonym so as to "leave a fatal past behind." And now Dr. Elligrand presents his real self to me, has left me some nourishment, and given me a lesson on judgment, all at once.