Exceptional Items Lost in Freshwater and Logged by Angels

(For more Exceptional Items Logged by Angels, check out Heavens) 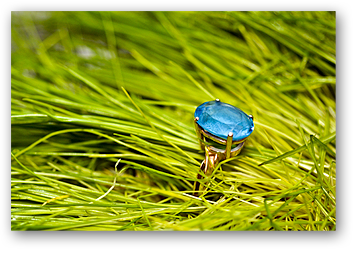 He was so nervous as he knelt before her, so dry-heaving sick that this beauty who graced his life would awake upon his proposal and run to a better suitor. His fingers shook, he babbled on, he fumbled, and he fell. In his distress, he dropped the 1/2-karat stone set in thin gold, and All That He Could Afford was swept away in the lake's current. He gasped. She gasped. He said, "Ele, darling, I'm so sorry, I wanted to ask...", but she cut him off, "You were going to ask...," but he cut her off, "I lost your ring, if you would have blessed me, I was going to ask...," and tears actually came to his eyes, but she cut him off, "I would have said yes." "Would have?" "Would have and do." And he smiled wide, as wide as the sun, which dried his watering eyes. "But the ring," he said. "I don't want a ring. A ring is silly, you fool. Just tie some lake grass around my finger and we'll be done with it. I'll go plan a party, or two." For Eleanor Sanderstorm (maiden name) loved to plan parties.

A week later, Eleanor walked into a tattoo parlor and asked the resident artist to ink her a band of green. She had him also include, in the tiniest of black cursive, "Permanent Lake Grass." Her proud fiancé stood at her shoulder in awe at how she winced not once under the prick of that needle.

And they lived and died happily on Earth and in Heaven.

Marcus let her borrow his embroidered sweatshirt on the day she went, just once, to visit him at his university office. The New England air was chilly. Bare branches etched a murky sky in black veins. They told no one.

Twenty years later, at the age of fifty-eight, she returned it to him, tattered and tear-stained, and he finally asked her to marry him, after so many eternities apart. On their first anniversary, she lost the hooded garment when a gale tore it from her 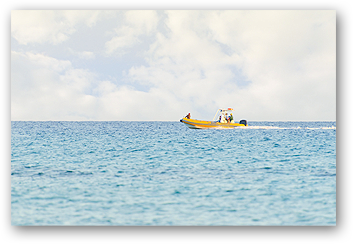 shoulders, as she stood like The King of The World on the deck of a yellow speedboat. "No bother," she said. "I can smell your chest up close now, and the freckle under your collar was never visible under that old thing anyway." Her words were like verse to him, and he couldn't recall a better poem, so he smiled, kissed her cheek, and quoted a song. "Sara, you're the poet in my heart, never change, never stop," which was his favorite line from his favorite song, for her name was Sara, she was indeed a famous poet, and he had suffered so many years without her. Perhaps it was the smell of his sweatshirt or the memory of his freckle or her longing, ever longing, that fueled a career of prize-winning, heartsick poems. But no matter the source, when she lost the sweatshirt, she wrote him sonnets of joy, which she published in a book called, "The Day I Came To Visit."

And they lived and died happily on Earth and in Heaven.