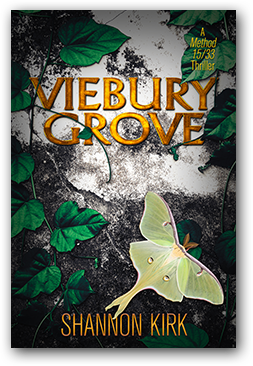 "I was certain she'd penned the story in her own blood using a strand of barbed wire for a quill. It's that good."
—Author James R. Benn

Recent headlines focusing on the famous and infamous—CEO's, royalty, politicians—being accused of taking part in decades' long human trafficking, lend to this novel's fictionalized focus on a small, but powerful, global human trafficking cabal referred to as The Center Ring, which sells "sexual experiences."

It is the Center Ring that Lisa Yyland has been planning to take down for eighteen years; planning every day since her release from confinement, as she discovered the group was, indeed, connected to her kidnapping at age sixteen. What does eighteen years of planning and collecting assets to catch these horrific people in the act look like? Will her plan work? Will she get revenge? Law enforcements' good intentions, due process, and procedures seem to fail when put up against the powerful elite in these age-old sick enterprises. Does Lisa's brand of vigilante justice stand a better chance?

"Lisa is back! The heroine of Method 15/33 is all grown up and kick-ass cool. And in Viebury Grove, Lisa is on a mission—so hold on tight—you're in for a hell of a ride. From the visceral and shocking opening to the final chapter, Kirk's writing has such energy, conviction and style, it's irresistible."
—Margaret Murphy, Dagger Award-Winning Author of Weaving Shadows

"Watch out world, Lisa Yyland is back, and this time she'll make sure no one escapes her personal take on justice. Viebury Grove is a delicious story for every reader who likes their thrills mixed with vengeance."
—Victoria Helen Stone, Bestselling Author of Jane Doe

"In this sequel to the original and riveting Method 15/33, we find Lisa Yyland eighteen years on, and perfecting her revenge on the Center Ring, the sex traffickers who kidnapped her and who continue to abuse and murder young girls. It's Lisa's story, but it's also the story of victims and abusers and what goes on behind locked doors to satisfy the depravities of the rich and famous. Shannon Kirk writes with a vivid awareness of the suffering of innocents, and along the way I was certain she'd penned the story in her own blood using a strand of barbed wire for a quill. It's that good."
—James R. Benn, Author of the Billy Boyle World War II Mysteries

"It began with Method 15/33 and now nearly two decades later this deeply disturbing and dark thriller series continues with Viebury Grove. A convoluted plot and excellent characterizations drive the story, and I promise you will not be able to put it down. An amazing series simply keeps getting better."
—D. P. Lyle, Award-Winning Author of the Jake Longly and Cain/Harper Thriller Series

"Viebury Grove is a blistering and bracingly original thriller that squeezes suspense out of every single page. Shannon Kirk's sterling follow-up to Method 15/33 features a colorful and original hero whose set her sights on an especially fiendish group of villains. A smooth noir reminiscent of Lisa Gardner effectively mixed with the feel of a John Wick film, this is reading entertainment of the highest order that is simply not to be missed."
—Jon Land, USA Today Bestselling Author of the Murder, She Wrote Series